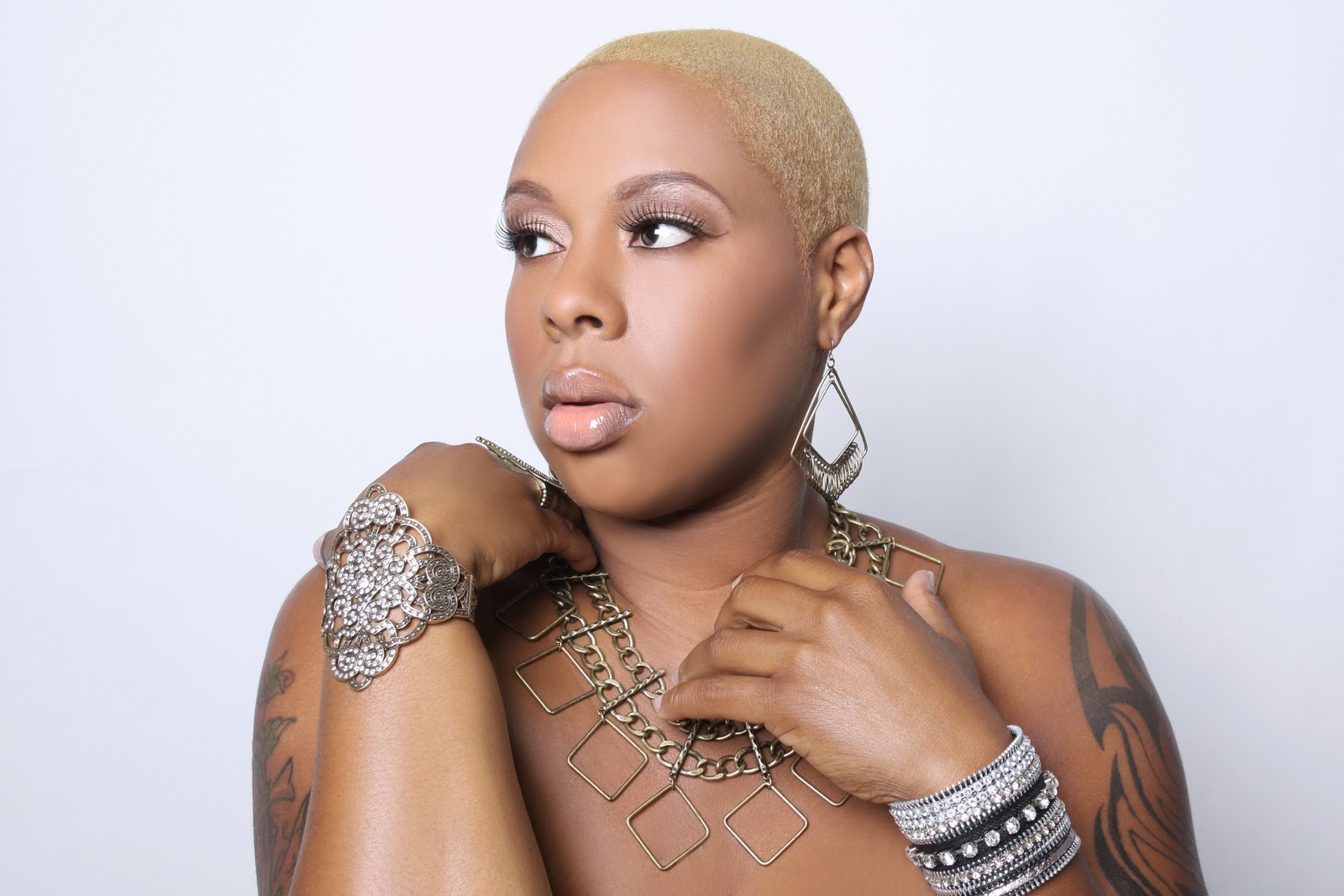 Who is Tiffany “Tip” Jones?  If you’ve been fortunate to meet her, regardless of when or where, you have surely noticed an underlying trait regarding who she was, who she is, and who she’s continuing to become that has never changed … her resiliency.  So many phrases can be attached to her name and to her journey: wife, mother, daughter, friend, business owner, multi-attempt sucide survivor, overcomer of homelessness, ecourager, prayer warrior, avid reader, and the list goes on and on. Just like you may identify with one or more of those varied descriptions, there’s a piece of her in all of us.

Tip is a woman who has been “led” her entire life, even before she knew Who was speaking to her and guiding her.  Her propensity to allow God to direct her steps, coupled with an inherent nature to trust her instincts to do so,  is the very thing that makes her qualified to stand.  Armed with a few questions, we sat down with Tip, simply hoping her answers would enlighten you with career advice. However, our minds were blown completely away … we had no idea class was about to be in session.

Honestly speaking,  if you’re currently operating in what you feel is your purpose, even just a little, you may be able to pinpoint examples from your childhood, Tip explains.  As a little girl born and raised in the Bronx, Tip was the epitome of what we all assume people from NYC to be: bold, confident, and quick witted. Reflecting on when she was just seven years old, Tip recalls a time a teacher asked her what she wanted to be when she grew up.  As a lover of The Cosby Show, she wanted to be an obstetrician like Dr. Huxtable and an entertainment attorney, because Michael Jackson was going to need one, she laughs.  Sure enough, that Bronx wit showed itself when the teacher attempted to call her out facetiously, asking her to spell “obstetrician.” In Tip’s words, “I knew her attitude was a little funky; I didn’t exactly know how to interpret the attitude and her countenance … but I spelled it.” With the egging on of her classmates, she was confident enough to be herself. Perhaps reminiscent of us all, we sometimes have the ability to pinpoint our strengths and talents at a young age or look to others who know us best to do so. In Tip’s case, her innate self-confidence and quick thinking shone through early and often.

Tip’s mother, whom Tip admonishes as an amazing singer who will “blow the roof off the mutha,” told her she was going to be a teacher. As a seven-year-old, her immediate response was “ewwww, yuck!” Nothing about teaching was remotely appealing!  That little, confident girl who had just told her school teacher she wanted to be an obstetrician now wasn’t sure if she could follow the advice of her mom, her greatest advocate.  Can any readers relate?  Tip, like many of us, was enamored with her mother’s gift and talents that were tangible, something that could be heard or seen. Thankfully, her mother’s words would not return void.

Ironically, through Tip’s teen years and the struggles she experienced, she was actually being primed to become exactly what her mom predicted: a teacher.  Maybe not in the traditional sense, but as she says, “Through my resurgence and through my redemption and my overcoming, I have always been in this counseling seat, this consultation seat. People ask, ‘What do I do and how do I do it?’”

What Tip soon came to realize was that her wisdom, at least at this point, was birthed through failure.  And the obstacles she faced actually turned into something beautiful; she grew a strong inner resilience. She never quit, but kept getting up and starting over … over and over again.  As she brilliantly stated, “I was willing to risk failure.”

The beauty of who she was becoming was wrapped in her transparency. She advised, she counseled, and yes, she taught out of her personal failures, which produced valuable lessons for herself and others. How much better of a world would it be if we all were more transparent with our failures, and then shared the lessons with those closest to us? As you attempt to keep moving forward, “There’s a myriad of things you will not have, but why should that stop you?” she says. “Keep going!”

Over time, people in business, primarily women, continued to seek out Tip as a resource.   What became apparent, Tip shares, was that others were asking her to address things that she hadn’t yet experienced. “I was able to glean from experiences that I hadn’t even categorized yet to know how to answer their question.” How many times has God revealed to you things you have NO IDEA why “it” made sense to you?  How did you know where to go and what to say?  Those small whispers, that intuition … that’s the Holy Spirit within you, guiding you, even before you knew to recognize His voice, Tip explains.

Once again, the words of Tip’s mother, like breadcrumbs perfectly scattered,  spoke into her life. “So, when are you gonna start charging?” her mom asked. Tip could only think of reasons to disqualify herself from making a business of her ability to teach and inform others.

Her mother replied, “You don’t need a degree to justify all that you know and all that you’ve experienced.  When are you gonna start charging?” It was then, she spoke the ultimate truth to herself: “Let me bet on me,” she said, “because God did.”

In all that we experience along this journey, doubt is inevitable; we may not always know that we are where God would have us to be.  In her mind, Tip says she wrestles with doubt from two perspectives: as potential self-deprecation or as a catalyst to remain humble. Either way, she believes what God has spoken to her. She knows she cannot do any of it without Him. Over and over again, we will be faced with opportunities that we may feel unqualified for. But Tip’s advice? Jump anyway.  One of her mottos rings especially true in these situations. “Build the parachute on the way off the mountain,” she says. “I don’t know how I’m going to fly, but I’m going to figure it out.”

Tip Jones Global is the home of OwnHers directory, the first National Directory for Black Women Entrepreneurs. Noticing  an obvious need for a way to find other black women to do business with and with no resource yet available, she made her move … and she built it!  The platform is open to women in every industry.  Soon, Tip will be transitioning the directory into a  full-fledged community where the “whole woman” will be addressed.  Due to her years of coaching women, Tip realized that before she could concentrate her focus on the business and all the aspects relevant to each client, she says, she had to address the mindset of women that often holds them back. For each client, she explains, “I  had to dig into the negative self talk, tap into the multi-talented aspects of the woman, and reignite the positives.  Too many times we face the crabs-in-a-bucket mentality.” Tip Jones Global strives to be the place women can come to begin that journey of healing and to receive the building blocks toward success.

Without any doubt, Tip has heard God speak to her, and she shares that the same encouraging word she receives from God is for the women she has been called to serve.  In all that we face as Black women and the goals we have, she says, “… it’s gonna cost you. It’s gonna cost you in time, in money,  in resources, in letting go, and in delegation, which means letting go of the baby.  But if you want to build something that’s going to have a generational impact, you can’t do what’s comfortable.” These are the pillars and principles that Tip Jones Global is founded upon, and each woman who reaches out to her and encounters her presence will be blessed.  So, get ready. She was born for this; she was preserved for this; she IS this.

“If God is your leader and He’s called you to be a leader, then ‘Let the Leader Lead’.” —Tip Jones

We are so grateful for Tip and her career journey.  Also in this issue, Tip shares more in our “Health & Healing” section.  To learn more about Tip Jones, Tip Jones Global, and OwnHers, please visit www.tipjones.com