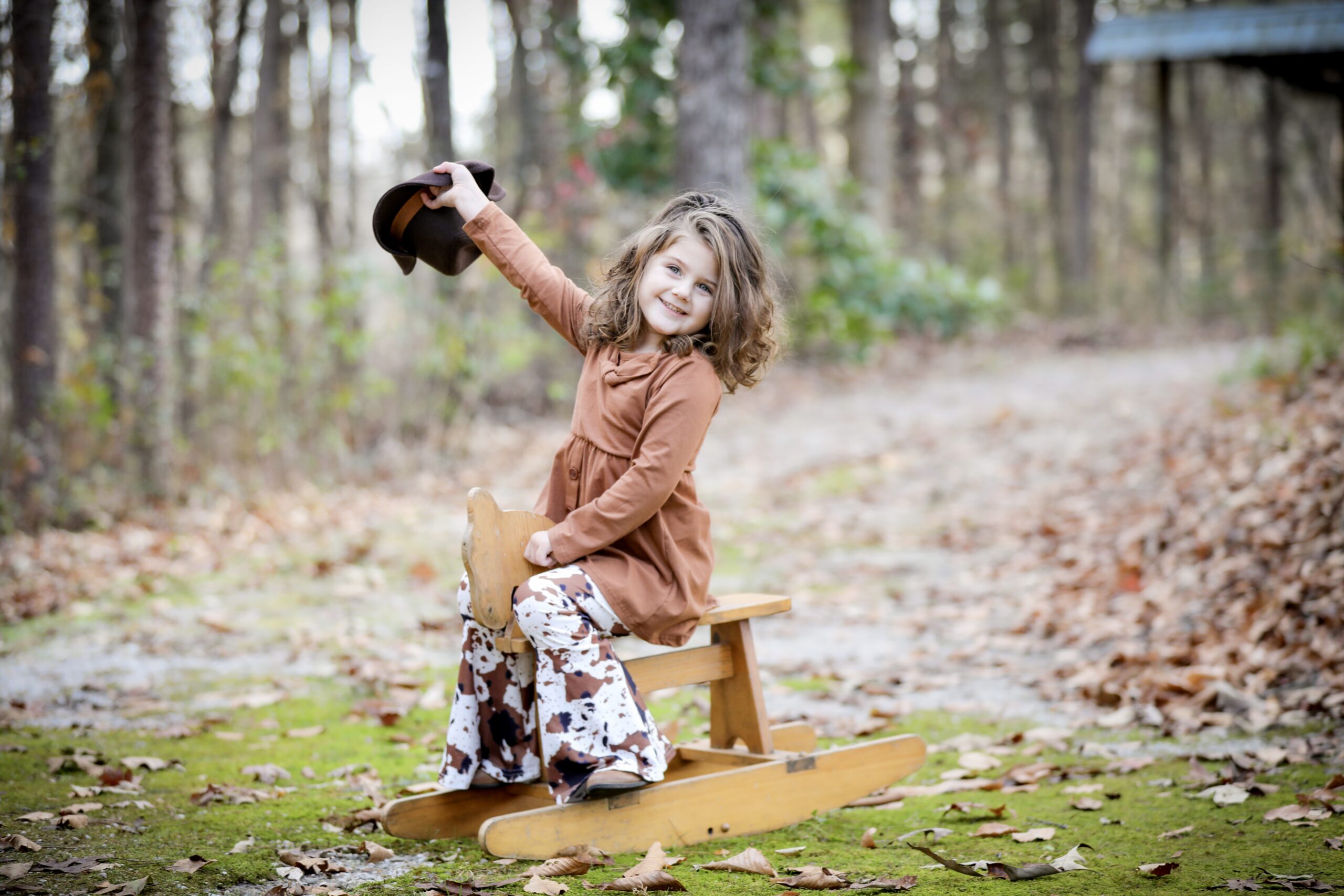 Even in times of great tragedy and unspeakable loss… miracles take place.

Even when dire diagnoses arrive and all hope seems lost… miracles still happen!

Beyond a shadow of doubt, God makes all things work for good for those who love Him, for those who have been called according to His purpose.

Yet sometimes we can’t see the miracles with our human eyes.

We don’t know of the hearts changed or the lives redeemed, the broken relationships restored or the ashes made beautiful. We can’t always see the light overcoming the darkness or our loved ones dancing in heaven, brimming with joy.

But sometimes we can! God gives us the miracles in plain sight. And the… oh, how our faith is uplifted. Oh, how God is glorified!

Here in this sacred space of each issue, we will relate stories that will supernaturally blow your mind and cause your heart to sing. We will share how Miracles Still Happen, in the here and now, on this place called Earth, even before we see the glories of heaven.

Today, you will read the story of two-year-old Addy and her family, journey with her as her little body fights the ravages of cancer, and ride the roller coaster of emotions as she clings to life. Although she endures months of cancer treatment,  liver failure, and near death, with no further options for treatment… she soon experiences God’s miraculous healing, with no evidence of disease.

On her deathbed, God performed a miracle and saved Addi’s life. What a gift, a miracle, a time of joy! And now you can read excerpts from Addi’s Journey, a book written by her mom, Leanne — a true, heart-rending story of faith, hope, and God’s enduring love!

Over the years we have weathered many storms together but going through that first year of our marriage fighting cancer, growing our faith and learning so much about Hope, was just preparing us for what was to come 15 years later. God brought us closer together as a family and it was just the beginning of a life that God knew we would need. He knew that we would need the faith that He had instilled in our hearts all of those years ago to get us through so much including Addi’s Journey with cancer!

On August 19, 2018, we rushed our two-year-old daughter, Addi, to Children’s Healthcare of Atlanta — Scottish Rite, with suspected appendicitis. A few hours later, doctors shattered our world when we were told she did not have appendicitis but had a large tumor in her abdomen and must be admitted immediately for further testing.

We had not really thought about what a miracle it was how the cancer was found until that moment. The pain she was experiencing had nothing to do with the tumor and the cancer was found completely by accident. She never had any symptoms related to the cancer. I don’t believe in accidents or coincidences. God is in complete control and God once again orchestrated everything for Addi.

The next week was full of tests, biopsies, scans, and receiving the worst news a parent could hear… Addi was diagnosed with Neuroblastoma Stage 4 High Risk cancer in her kidney and adrenal gland, which had metastasized to her skull, arms, hips, and lungs. A treatment plan of 18 to 24 months was developed, and thus a very long, hard journey began.

A couple of days after Addi was diagnosed with cancer, that first day of diagnosis was just indescribable. We went from a somewhat normal life (well, I guess that is what you called it!) to finding out Addi had cancer and in the hospital on the cancer floor, to discussing next steps in this process.

Our world and everything we knew about life was turned upside down; in one moment and one diagnosis, everything changed, but we embraced what we had to do for Addi to help her fight this cancer. We vowed to make sure Addi’s life was filled with joy, fun, and normalcy as much as possible, regardless of her diagnosis.

As I sat by Addi’s bed watching her fight, over and over I heard the code blue sound, then I saw nurses and doctors running as another child was hanging in the balance and at death’s door. Then the scream that I heard too many times while there in the hospital. It was a scream you do not forget; it was a different scream and one that only comes from a mother… it was the scream that she made when her baby had left this earth and met Jesus face to face.

In late February 2019, Addi experienced acute liver failure from complications of the treatment she received to fight cancer and almost lost her life.

“Leanne, we need to prepare for her not to make it. It does not look good, honey, and I need you to be prepared to let her go.” I just fell in his arms sobbing and begged God to save her. How can you prepare to let your two-year-old go? Warren and I gathered around her bed and began to pray. We asked God to save her, and we had the faith of a million people praying with us. It was bad but God could do this, we just knew it. God showed us right then at that moment we had to have faith and trust Him through the storm because… She would live and not die!

Medical care shifted from treating cancer to saving her life and allowing her liver time to heal as treatment was put on hold; her doctors said her liver could not handle any further treatment. Addi was put on palliative care, and doctors gave Addi little hope of making it when all of her organs began to shut down.

He performed a miracle right before our eyes. As we were leaving the PICU, her doctor looked at me and said the words that I will never forget as long as I live. He said, “Leanne, in all my years I have never seen a child with her severity of liver damage and in as critical condition as she was, recover. We did not expect her to make it, but she did.” Oh, BUT GOD!

Miraculously, Addi began to turn the corner, and after 47 days in the hospital fighting for her life, Addi was released to go home. Her care at home would be extensive as she was unable to walk and required a feeding tube as well as a stomach drain to keep the fluid from building up in her body caused from her damaged liver. While she was in the hospital, an MIBG scan showed Addi received yet another miracle that we, her entire family, had been praying for… her scans showed that she had No Evidence of Disease, and after all she had endured she was cancer free.

Each time Satan brought an obstacle or tried to kill her, God showed up and saved her over and over again. Addi received her miracle and for that we will forever praise Him. There are many who do not survive such an ordeal and we realize the severity of what happened to her. Why it happened…no one could tell us, but she recovered and that is all that matters, and God granted her miracle upon miracle.

As Addi’s family, we refused to stop treatment and refused to let the cancer return. We couldn’t risk losing her after all she had overcome. This took our family to New York for an experimental trial study treatment at Memorial Sloan Kettering (MSK), where Addi was approved for treatment. Her treatment at MSK in New York ended January 2021, but she will continue to have scans every three months in New York for two years, with plans for it to end in January 2023.

To walk in the shoes of a parent whose child has been diagnosed with cancer is a walk that no parent wants to take, and it truly felt like we were living in a nightmare as the news became worse daily. I wish I could express it all in words and could give you a vivid enough picture of what transpired but really there are not enough words. Addi just laid there lifeless while nurses were running back and forth, doctors coming in and out, tests being run and yes, the looks on some faces, said it all.

Addi has overcome many odds stacked against her and remains cancer free, regardless of the statistics and her treatment plan being cut short! Addi still has a long road ahead of her and will fight cancer along with the long-term side effects that the treatment has caused. She also has a 60 percent chance of recurrence/relapse that could occur up to five years and longer after being NED (no evidence of disease). Addi is thriving at four years old, regardless of what she has endured over the past two years, and for that we are thankful! God gave her a miracle two years ago, and we will stand firm on His promises through faith, hope, and love! Over and over we say … BUT GOD!