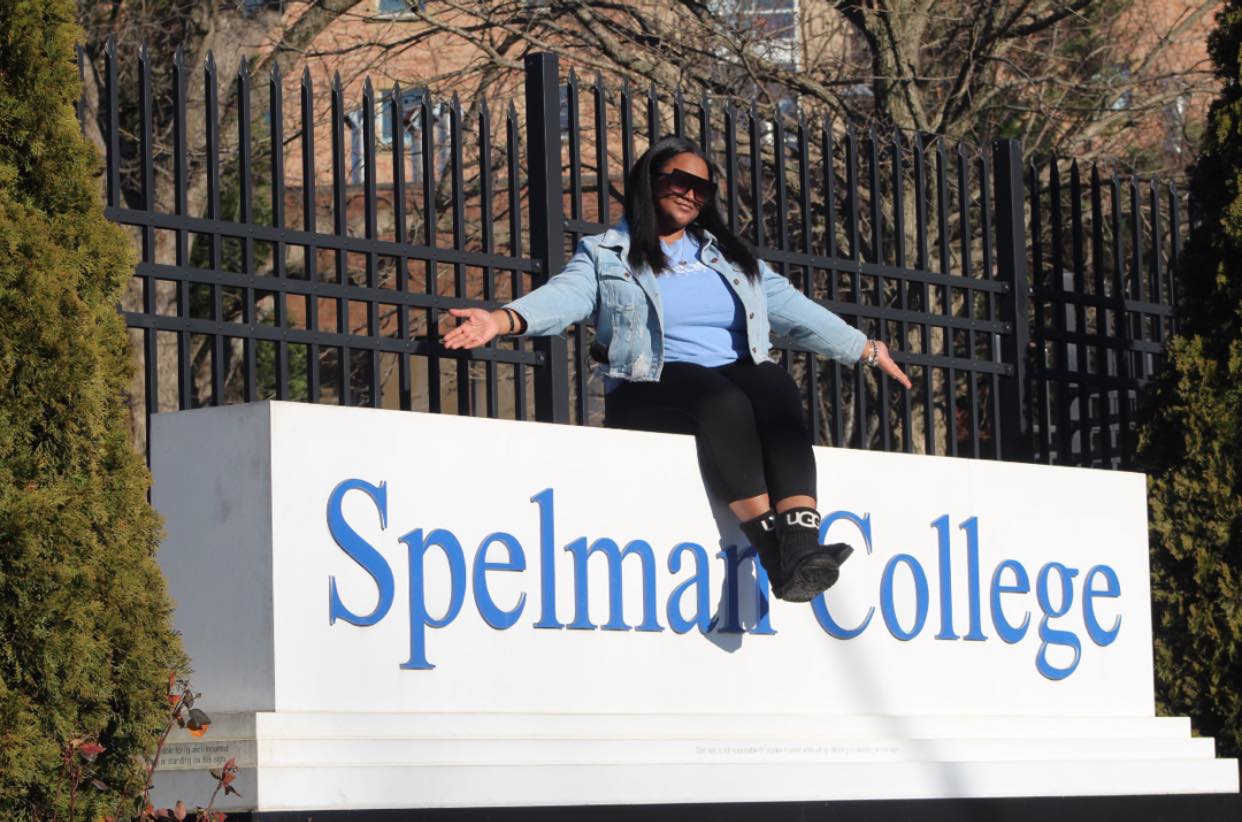 It has been four months since I’ve graduated from Spelman College, and I am still riding on Cloud Nine. This accomplishment was nothing less than an answered prayer. When I look back on the past four years, my heart smiles and my soul bursts with gratitude, knowing that God is the head of my life.

Spelman has been my dream school for as long as I can remember. Although back in high school I had  never visited the campus, I felt deeply connected to it as if I subconsciously knew that God would place me there in the future. Admittedly, the thought of going to college always made me slightly anxious. Coming from a small town and having never stayed away from home, I could not comprehend leaving my comfort zone and being on my own.

However, God challenged me to overcome this fear when I earned the opportunity to study abroad in South Africa during the summer of 2016. I remember the moments of extreme anxiety and gut-wrenching fear, having to take my first flight alone and spending a summer away on another continent. Yet, God carried me the entire way. This trip single-handedly taught me that my comfort zone was wherever God was, and He knew I had to realize this before stepping into the purpose that He had for my life.

After returning from South Africa, I entered my senior year of high school and began college prep. I remember creating a list of schools ranked from 1 to 10 that I would apply to. Despite Spelman being my dream school, I placed it last on my priority list. I realize now that my reasons for putting it last were based in doubt, thinking the college was unattainable. Spelman was expensive and highly competitive, and I lacked confidence that it was a possibility for me.

After being denied acceptance into one of my backup schools, I was convinced that Spelman would reject me because of its competitiveness. I was highly doubtful and unhappy with the thought of having to settle for less than what my heart desired, which was to attend a top HBCU). I was crushed, and it took me a while to realize that when God says “no,” it’s not a rejection but rather a redirection.

I came to this realization on April 6, 2017, and just as I was about to commit to a state school, I received my blue envelope in the mail. Every Spelmanite knows that the blue envelope carries the Spelman acceptance letter, and I got one! That day, God rebuked doubt and redirected me to Spelman. I had no clue how I would afford it, but I had no other option but to trust God.

Because of my mother’s faith and sacrifice, I was able to enter the Spelman gates. She selflessly moved us out of our childhood home, into my aunt’s house, and took out her pension to ensure I could afford my first semester. The significance lay in my realization that she took those measures without even knowing how we would continue to pay for the following semesters. This is proof that God will move mountains when you have faith, even as small as a mustard seed.

My four years at Spelman were not easy. I almost had to move out due to a missed payment, had classes dropped, and could not register or secure housing. Every day, I prayed that God would keep me there, and He did. I tried to do everything I could to ensure I could finish my education at Spelman. I made several visits to the financial aid office and made genuine relationships with my advisors. One of the main reasons I was able to stay at Spelman was because of my position as a resident advisor. I applied to be an RA for my sophomore year but was initially denied.

However, God intervened! The summer before my sophomore year, with me knowing I had no plan to pay for the upcoming semester, a Resident Director from Spelman called and asked if I could return as an RA for the fall. This position covered my room and board fees, making the overall cost significantly less.  Any remaining balance that I had was wiped clean on several occasions by random, last-minute scholarship funds. From the first semester to the very last, God literally kept me and moved mountains on my behalf.

Through Spelman, I had the opportunity to meet and speak with Michelle Obama, fulfilling a longtime dream.

Through Spelman, I was able to attend the opening ceremony of the Equal Justice Initiative’s Legacy Museum, which helped me tap into my passion of being a criminal justice reform advocate and wanting to pursue law school.

Through Spelman, I met the professors who have recommended me to several internships, fellowships, campaigns, and other networks.

Through Spelman, I have joined a sisterhood of like-minded Black women, which I cherish the most.

Overall, my journey through Spelman was just as divine as my journey to Spelman. God stood in the midst. Semester to semester, God provided and presented mind-blowing opportunities to set me up for a successful future. My family made significant sacrifices and were uncomfortable for four years so I could further my education at the top HBCU in the nation. This was done for the sake of my future in hopes that I could end a generational cycle of struggle. I am a first-generation college graduate with a mission to break glass ceilings so that the generations after me can access higher education as well.

This journey solidified within me that God’s plans are perfect, and I cannot thank Him enough!