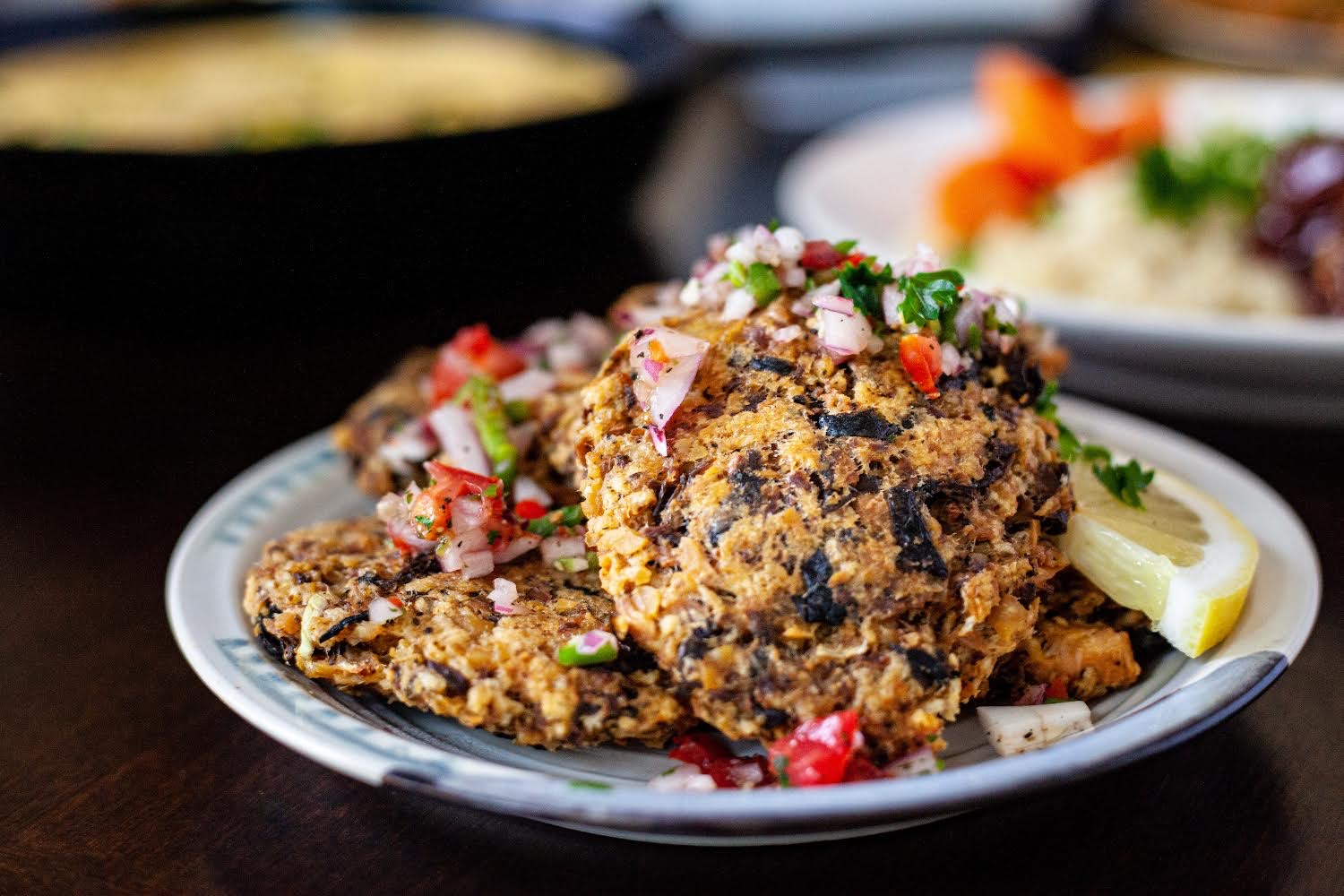 Growing up in Milwaukee, Wisconsin, in the heart of the Midwest and raised vegan since she was seven years old, Joya spent a lot of time in her grandmother’s kitchen absorbing the aroma of the food she cooked, along with the wisdom that her grandmother preached. It was during these early years that Joya became fascinated by other elders in her community and oftentimes befriended them in food havens, like international supermarkets, to obtain their authentic recipes.

After years of honing her culinary skills, she began to host dinner parties for her family and friends. She created mind-blowing and awe-inspiring dining experiences that left them amazed and wanting more. From there, she began to make vlogs and offer cooking lessons via her Instagram account, which subsequently became very popular with her social media fans and followers. With the love and support of those closest to her, Joya (who was then working primarily as a makeup artist and beauty professional) decided to pursue her childhood dream and became a personal chef.

Following the plant-based foundation of the food she grew up on, Joya began to “veganize” traditional recipes that typically contained animal products, which has since turned into her specialty. She wants her food to remind others transitioning to veganism of the meals they enjoyed before they became vegan. As Chef Joya experimented with different cultural flavors such as Soul Food, African, Afro-Caribbean, and French, her recipes expanded to include cuisines from across the globe. Recognizing the need for vegan cuisine in many culinary genres, Chef Joya began teaching other chefs how to prepare plant-based meals for their clients. She is revered by both vegans and non-vegans alike and is arguably one of the best vegan culinary artists in all the United States.

Although Joya currently resides in Charlotte, she travels across the country winning the hearts and stomachs of communities near and far. She draws in vegans and meat-eaters alike and sells out venues wherever she goes. Joya, who loves all things bright, colorful, and unique, enjoys providing amazingly delicious — and magical — meals for everyone she encounters.

With several awards, successful restaurant collaborations, and cooking competition titles under her belt, Chef Joya can be found experimenting with dishes, preparing for her next dinner party where she provides great food, wonderful stories, and intimate five-star experience. Or one can find her sharing recipes on Instagram YouTube via her channel, “Say What! It’s Vegan?” Recent accolades include being named critics’ choice “Best Vegan Chef” as well as readers’ choice “Best Chef” in The Best of the Nest 2019 issue of Queen City Nerve, Charlotte’s Alternative Weekly Newspaper, and being a featured chef (the only vegan chef) on BuzzFeed’s Tasty social media channels and in “Juggling Acts” of SouthPark Magazine.

Place all vegetables into a serving bowl. In a separate bowl, create the dressing, using a whisk, to mix the remaining ingredients.

Hand-form the mixture into patties, then let sit in the refrigerator for 30 minutes.

Heat vegetable oil in a skillet, over medium heat.

Add a few patties to the oil, frying each side until golden brown.

Drain patties on a paper towel.

Add the olive oil or vegan butter to a medium saucepan.

Once oil is slightly brown, add the vegetables, and sauté for about 5 minutes.

Continue to stir, over medium heat, and add the rice.

As your rice begins to brown, add in the seasonings and the vegetable stock.

Bring the rice to a boil, cover, and reduce heat to simmer.

Cook the rice for about 15-20 minutes, or until cooked through and most of the water has been absorbed.